Dock Diving: What You Need To Know

Dock diving, also known as dock jumping, is an aquatic dog sport. If you’re a fan of dog competitions and have seen dogs jumping into the water after a toy on TV – that’s dock diving!

Dock diving is a fun dog sport for all canines that love jumping and swimming. If you’re new to dock diving, it is a straightforward sport to understand. Dogs jump from a raised platform into the water for a variety of aims to collect the most points and win the competition. This dog sport isn’t just for competition, however. It can be a good sport to exercise your dog and bond with them. A big part of dock diving involves the owner, which makes everything as fun for humans as it is for dogs.

This article is an explainer of this fun aquatic dog sport. Read to the end to discover the benefits of dock diving, how to train your dog for dock diving, and the breeds that are best suited for this sport.

What is dock diving?

Dock diving is a simple dog sport, yet only those who are agile, nimble, and good swimmers are successful at it. Dogs jump from a raised platform into the water, usually a pool or lake, to cover the longest or highest distance.

The sport originates from the Incredible Dog Challenge. It was first featured in 1997, and since then, the sport has gained extreme popularity in the United States, United Kingdom, Australia, Germany, and more.

Dock diving isn’t as simple as the dog that jumps the furthest from the dock wins, though it is a big part of it. Depending on the competition, there are different tasks added on top of making the farthest jump. DockDogs is one of the most popular dock diving competitions in the United States. Here’s a quick overview of what dogs do to win this competition to give you an understanding of the sport. 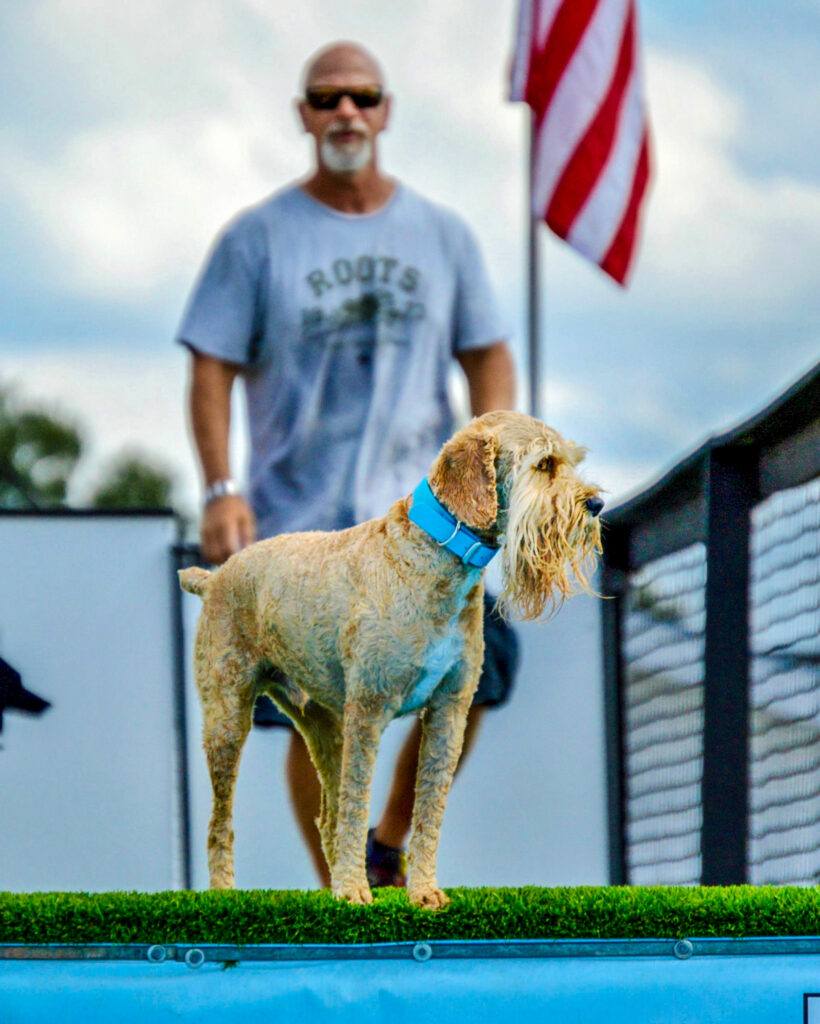 What are the benefits of taking part in dock diving?

Dock diving is an incredibly fun sport for owners and dogs. Getting involved in such activities helps with relationship building and bonding with your dog. If your dog becomes good at dock diving, they can be at the center of attention as it is a thriving sport that continues to gain popularity.

Dock diving is particularly a good sport/activity for dog breeds with a desire to be in and around water. If you have a Golden Retriever, Standard Poodle, English Setter, or another dog bred for the water, it can give them a purpose. Dock diving also mentally stimulates dogs as it gives them a purpose while providing a good deal of exercise.

Most dogs that are dock diving professionals can jump up to 20 feet from the dock. The record for the longest jump is 36 feet and three inches, set by Sounders, a seven year old Whippet. The average vertical jumps are around five to six feet, but considering there is a toy to be picked up, it is still an impressive number.

The record for the extreme vertical jump is held by the same dog, Sounders, when he jumped a breathtaking nine feet. Spitfire, another Whippet who is a prominent figure in dock diving, has been named the Michael Jordan of dogs by ESPN after breaking multiple records between 2016 and 2019. While the current records are held by Sounders, thousands more dogs are joining dock diving competitions every year. There is no reason for another super athlete not to break these records soon.

How do you train a dog for dock diving?

Once the dog is comfortable with jumping into the water, introduce running before jumping. If your dog doesn’t anticipate waiting, you can ask a friend to hold them and give a command, like “go” and throw the toy. You can then increase the running distance, starting further away from the water. In most dock diving competitions, the length of the dock is about 40 feet, so there is no need to go beyond that. 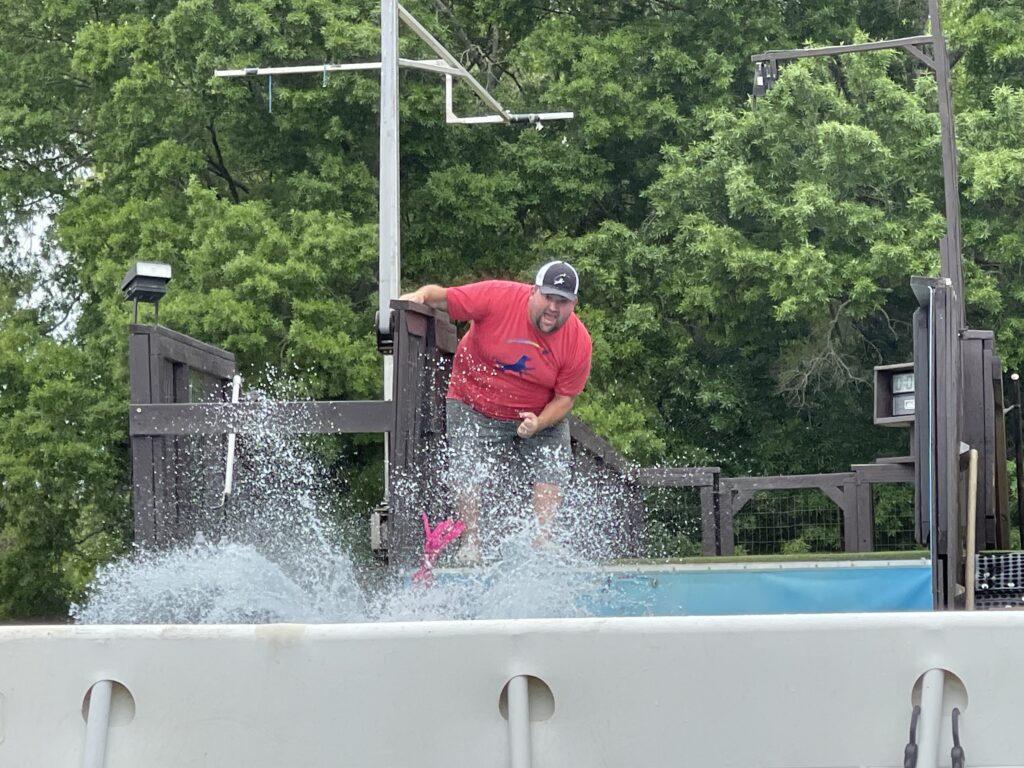 Which dog breeds are suited for dock diving?

These aren’t restricted by size unless you have a breed that is very tiny or a bigger dog. Most medium to large-sized dog breeds with an athletic build are great at dock diving. Belgian Malinois, Border Collies, and Whippets are all breeds that have made a name for themselves in dock diving.

How to get your dog into dock diving

First, evaluate your dog to see if they are a good fit for this sport. Most dogs love jumping around and spending time in the water, but your dog might be uncomfortable with swimming or scared to drop from heights into the water.

If you think your dog is a good fit for dock diving, you can seek out local clubs. You can find the nearest dock diving club on the DockDogs website or through the AKC’s club finder. From there, you can join training sessions to make your dog more accustomed to the sport and the excitement it brings.

Want to hear more about dock diving? In Season 1, Episode 1 of A Life of Dogs – One Man’s Trash – we looked at Sully, a dock diving dog handled by professional dog trainer, Kress Walters.