Six Intriguing Stories From The 2022 Iditarod

The 2022 Iditarod was the 50th edition of The Last Great Race, taking place between March 5 and March 19.

In total, 49 mushers from across the globe lined up in Anchorage, AK, for the ceremonial start, with the field including 13 rookies. The mushers were competing for a purse of $500,000, with the victor receiving just over $50,000.

In this article, we’re going to recap some of the major stories from the 2022 Iditarod – and as usual, there was no shortage of drama.

Sass had competed in his first Iditarod race a decade previously, finishing in 13th place and earning Rookie of the Year honors back in 2012.

Having been extremely competitive in recent editions of the race (Sass recorded a fourth place finish in 2020 and third place in 2021), Sass took the lead at the halfway mark of the 2022 race. Sass maintained his position throughout the second half of the race to take his maiden Iditarod victory.

Some Normality After COVID-19

COVID-19 had caused significant issues in the previous two editions of the Iditarod. In March 2020, the race coincided with the beginning of the pandemic, making it difficult for overseas mushers to return home. In the 2021 Iditarod, the race was run over an altered route to mitigate the effects of the pandemic.

Although the 2022 race was not completely immune from Covid restrictions and requirements (the organizers deemed that it was mandatory for everyone involved in the race – mushers, veterinarians and volunteers – to be fully vaccinated), this year’s edition saw the return of many of the traditional features of the Iditarod.

For example, the ceremonial start in Anchorage was attended by spectators who were able to see mushers and their sled dog teams up close and personal. As this race took place in an even year, the route used for the race was the Northern route. Finally, the finish returned to its regular home of Nome.

The Return Of Jeff King

You may recall that in one of our podcast episodes focused on the Iditarod – Short Notice – we detailed the story of Sean Underwood. In 2020, Underwood stepped into the shoes of Iditarod legend, Jeff King, who had to drop out of the race a matter of days before the start due to a severe health issue.

Well, in 2022, the tables were turned – and this time it was King who found himself stepping in as a last minute replacement. Nic Petit, also a veteran of several Iditarod races, sadly tested positive for COVID-19 in the week prior to the event. A four-time Iditarod winner, King stepped in as a more than capable replacement.

Petit had warned King that his dogs were picky eaters, and that they may require “a bit of extra work” – but King remarked that Petit had a “really nice dog team”. King would eventually finish in 28th place. 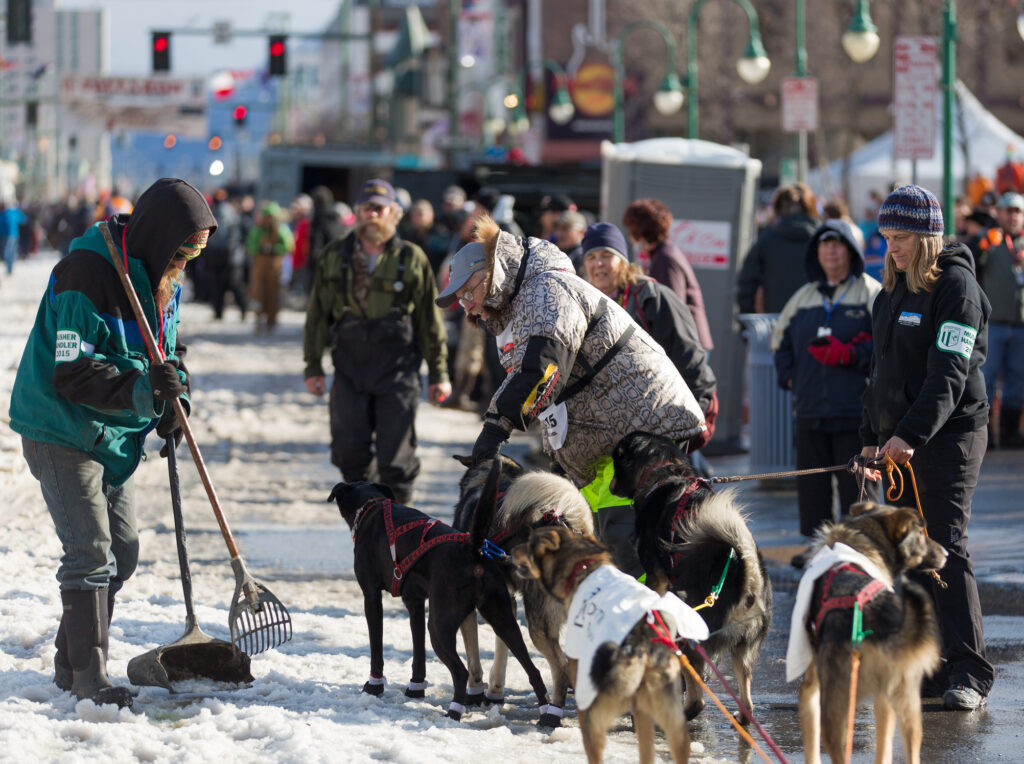 The Weather Plays Its Part

Naturally, one of the uncontrollable elements of a race like the Iditarod are the weather conditions – which can have a significant effect on ground conditions and the result of the race. In 2022, bad weather played havoc and almost prevented Brent Sass from recording his first Iditarod victory.

As Sass detailed to Alaska Public Media, as he approached the finishing stretch in Nome, mushing straight into 60mph headwinds saw Sass lose control of his sled and tumble down a hill.

“It was windy and it just got progressively worse the more we got into the hills,” said Sass. “Once we started climbing it was no visibility really.

That was when the real challenges really started to happen. We got up in the hills and the trails are a little bit drifted to the side. And so you’re side-hilling and the wind is coming from that side and your sled is acting like a parachute or a sail at that point.

We kept going and it was great. And I was so proud of the dogs. I mean they were just charging into it — it was amazing. They did not hesitate at all. They were listening through the wind.

It was a fun go until one of the sidehills and a wind gusts up real high and it caught me and I got top heavy and we just tumbled down off the trail into the abyss. I probably barrel rolled like three or four times. Luckily I didn’t hit anything in the process or lose any of my gear.

We didn’t go far but the problem is I went and then all the dogs got dragged down with me. So now the dogs and I are just in a big pile not very far off the trail — I hoped. But you really have no bearing on how far you’ve gone because you can’t see anything.”

Luckily for Sass, he was able to recover back to the trail before Dallas Seavey, the eventual runner-up, was able to catch him.

In a separate incident, two mushers had to be rescued from the trail due to adverse weather conditions. Gerhardt Thiart and Bridgett Watkins – both rookies – scratched from the race less than a hundred miles from the finish. Both Thiart and Watkins sustained minor injuries and required assistance off the trail.

Punishment For Mushers Who Shielded Their Dogs

One of the more controversial stories arising from the 2022 Iditarod occurred in the latter stages of the race.

As the harsh weather conditions took effect, three mushers – Mille Porsild (Denmark), Michelle Phillips (Canada) and Riley Dyche (USA) – made the decision to take their dogs inside shelter cabins to protect them from the fierce winds. Whilst the race marshal declared that they did the right thing for their dogs, Porsild and Phillips were originally demoted in the final race standings for “gaining a competitive advantage”, and Dyche was fined $1,000.

Whilst Iditarod rules do prevent dogs from being taken inside shelter cabins unless treatment or examination is required by a veterinarian, the rules also state that mushers should not expose their dog to cruel or inhumane treatment which involves any action or inaction that causes preventable pain and suffering.

After Porsild and Phillips appealed the decision of the race marshal, both were reinstated to their original positions in the standings, with Phillips in 14th place and Phillips in 17th. However, both were ordered to pay a $1,000 fine. The Iditarod Trail Committee recommended a race committee review the rules that prohibit dogs from being sheltered indoors in situations similar to this one.

Finally, a story that reached its conclusion almost three months after the conclusion of the race – and thankfully had a happy ending.

On March 13, at the Ruby checkpoint, Leon – a dog belonging to musher Sebastien Dos Santos Borges of France – escaped. Appeals were made on social media to help locate Leon, and in May, residents in McGrath, AK reported that they had seen a dog bearing similarities to Leon near a cabin.

At the beginning of June, a member of the local community in McGrath was able to catch Leon. Iditarod organizers were able to coordinate for Dos Santos Borges and Leon to reunite in Alaska, before heading back to France.