When people are missing, often dog teams are called in to locate them.  At times, Human Remains Detection dogs or cadaver dogs are utilized to recover the deceased body of a missing individual.  These dog teams are often used by law enforcement to successfully prosecute cases and to provide evidence that would otherwise be overlooked.  They are also used in “cold cases” to find bodies that have been missing for years and even decades.  These dog teams take a special kind of dog and an even more special type of person to be successful.

Whether the death was due to a homicide, suicide or even a natural disaster, families of the victim are desperately searching for closure.  These dog teams perform a daunting job in some rigorous conditions and environments to provide that closure.

This episode gives you some insight into what it takes to make a cadaver dog team, from the training of the dog to the human perspective of searching for and locating bodies. 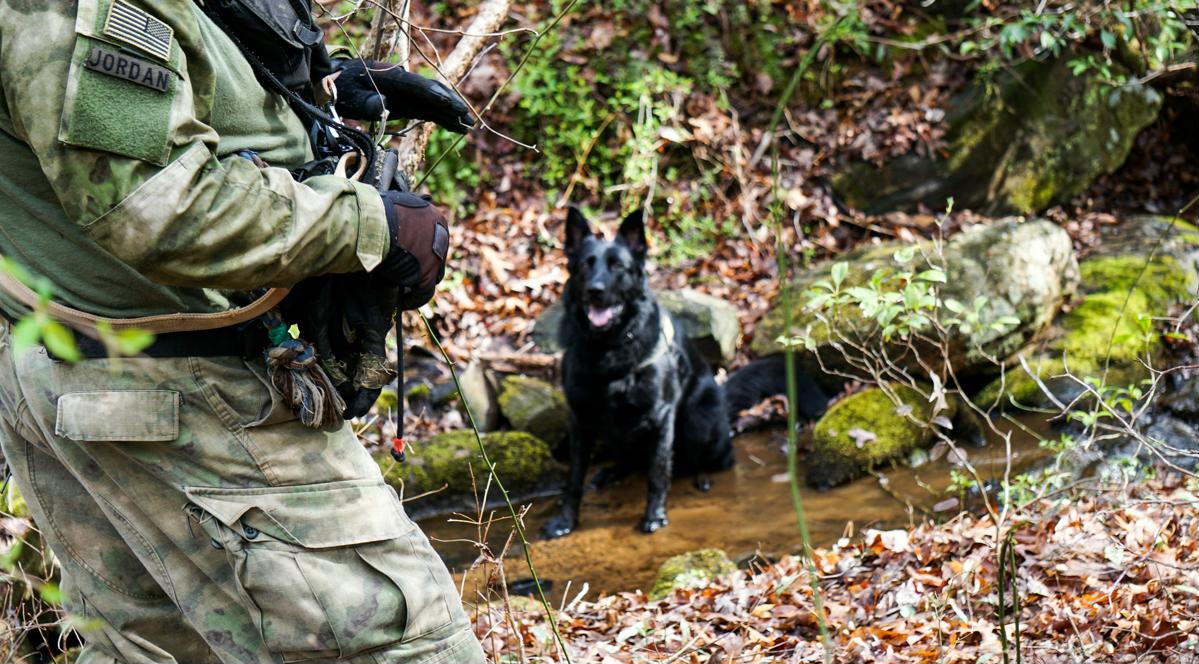 Col Jeff Jordan works with his German Shepherd “Trooper” to locate human remains in a creek during a training exercise.

A Special Thanks to Kathy Doty, Col. Jeff Jordan and Corey Archer for sharing their stories.

We also want to thank our episode sponsors.  Be sure to visit them to learn more and show them your support.

Music for this episode: