Is The Iditarod Dangerous For Dogs?

The Iditarod Trail Sled Dog Race is the most popular sporting event in Alaska and the biggest sled dog race in the world. The Iditarod starts each March, running from Anchorage to Nome and distancing over 1,000 miles. Each team is made up of 12 to 16 dogs and led by a single musher. It is a physical and mental challenge for both the dogs and the mushers on the sleds. With an average race time of 10 days, there is no doubt why it has earned its name as the greatest sled dog race in the world.

While the Iditarod is cheered by fans, it is looked down upon by some at the same time. Some people find the Iditarod to be cruel for dogs due to the physical challenges it demands from them. So just what are the arguments for and against the Iditarod when it comes to safety?

NOTE: We covered the topic of Iditarod safety in our podcast episode, Peak Performance! To listen, go to the episode page, or listen in the media player below!

What are the physical exertions on dogs in the Iditarod?

The primary physical exertion on dogs during the Iditarod is, naturally, pulling and running. A dog sled weighs approximately 100 pounds and depending on the amount of dog food on the sled and the weight of the musher, the total weight can be up to 500 pounds. With 16 dogs, that’s over 30 pounds of pulling during the race. Considering the weight of the dogs participating in the race is generally between 40 and 60 pounds, and the race goes on for days, it is physically demanding for the dogs. 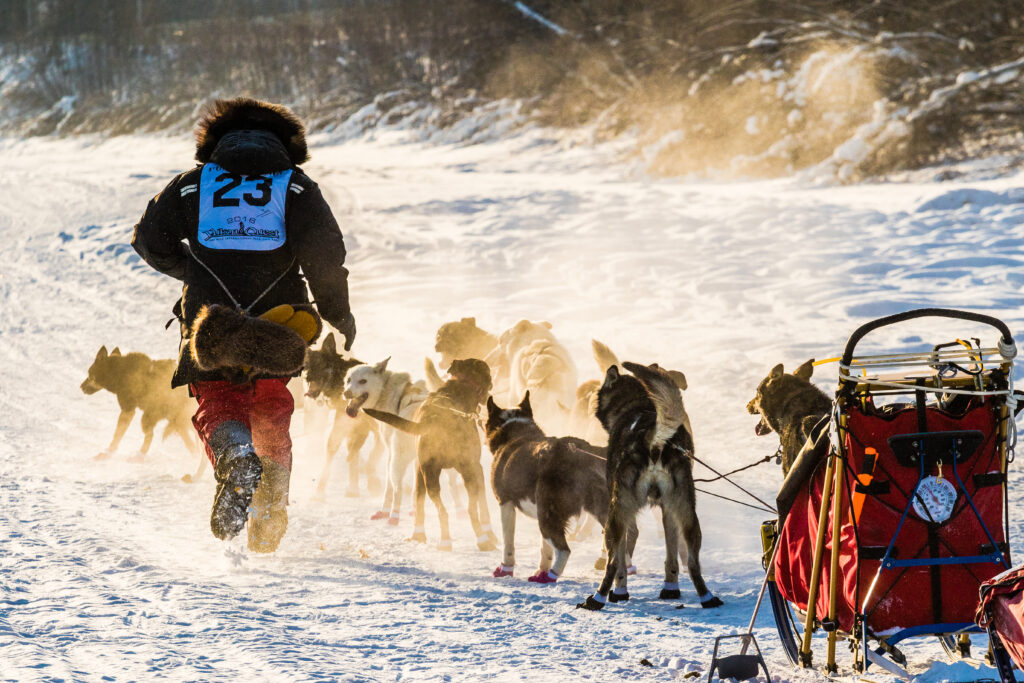 In the 2020 Iditarod, there were no reported dog deaths during the race. When a dog cannot continue pulling due to mild ailments, loss of appetite, physical exhaustion, or any other reason, they stop. Because there are no substitutes, more weight is pulled by the remaining dogs in each team as dogs are eliminated from the race. For a musher to complete the race, there have to be at least five dogs pulling the harness at the finishing line.

Note that the dogs that participate in the Iditarod are not regular sled dogs – and definitely not the kind of dog you would see in your local park. They are comparable to our elite human athletes and go through lots of preparation and physical training to compete in the race. It might be hard for your next-door Siberian Husky to pull for hours at a time; it’s no problem for the dogs we see in the Iditarod.

What precautions are in place for dogs?

Since the first Iditarod in 1973, a lot has changed. Not only has the sport increased in popularity, but the standards of safety and care have increased too. The Iditarod became a sport of its own, and like any other sport, it has many regulations, especially compared to the past. More regulations mean better conditions and changes to ensure the safety and protection of the dogs and mushers.

The Iditarod is treated as any other sports event that involves humans. In the same way as a musher would get immediate treatment in case an injury happens, dogs get treated if there is something wrong. Over 50 veterinarians volunteer during the race every year, and there are at least two at every checkpoint. Before the race starts, every dog must have a full blood test, an electrocardiogram (ECG) to monitor their heart rhythm, and a physical examination by the vets. If anything is wrong with a dog, they are immediately pulled out from the race before they get to run. At every checkpoint, dogs are also examined by the veterinarians and provided with any necessary medical attention. 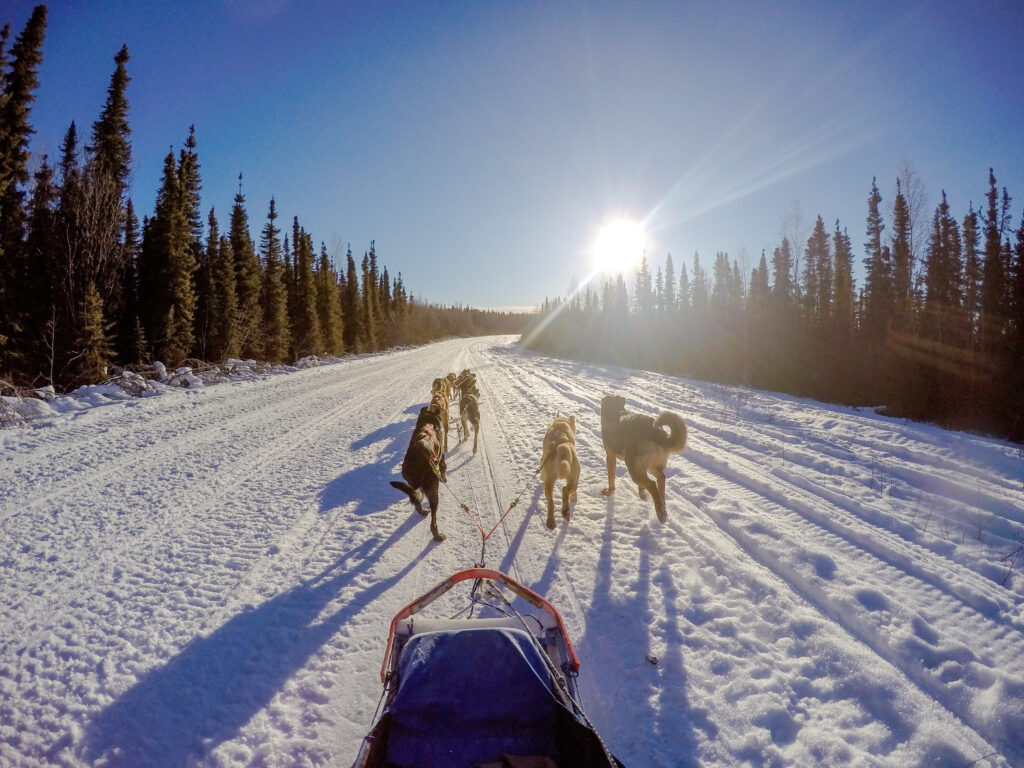 During the race, sled dogs wear special boots to prevent their paws from getting scrapes and cuts as snow and ice can get sharp at low temperatures. There are checkpoints approximately every 35 miles, and at these checkpoints, mushers can resupply the dog food they carry with them to make the sled lighter, get veterinary care, and rest their dogs.

There have also been changes to the rules of the Iditarod to ensure the safety of the dogs. Before the early 1990s, any dog breed could participate in the race, but organizers changed to Northern breeds only, as dog breeds like the Siberian Husky and Alaskan Malamute are more tolerant of the cold compared to other dog breeds. Additionally, these dog breeds have been intrinsically developed for pulling sleds.

The starting point is also flexible if the conditions for sled racing are not suitable and pose a threat to the dogs or the musher. There have been many accounts where the starting point was moved from Anchorage to another location. Most recently, the Iditarod’s starting line was moved due to COVID-19.

What does PETA say about the Iditarod?

PETA is against the Iditarod in an aggressive manner, going as far as calling it a death race and demanding that every race is the final edition. A part of the reason is that around 150 dogs have died since the very first Iditarod. The exhaustion, injury, and illness caused by the race and the exposure to the cold are also factors that PETA claims are cruel to dogs.

With the additional precautions that take place before the start and during the race, the chances of a dog dying or suffering injuries are significantly reduced. Yes, dogs are pulled out from the race due to exhaustion or injury, but they are never forced to continue mushing whilst injured or fatigued. Just as there is a special bond between pets and their owners; there is a special bond between mushers and their sled dogs. Mushers don’t want any of their dogs to die or get hurt – after all, they are raised and prepared by them for the race. No teammate wants one of their colleagues to suffer.

Every year, over 750 dogs participate in the race. Considering this, and that the Iditarod has been going on for five decades, the death rate is low. 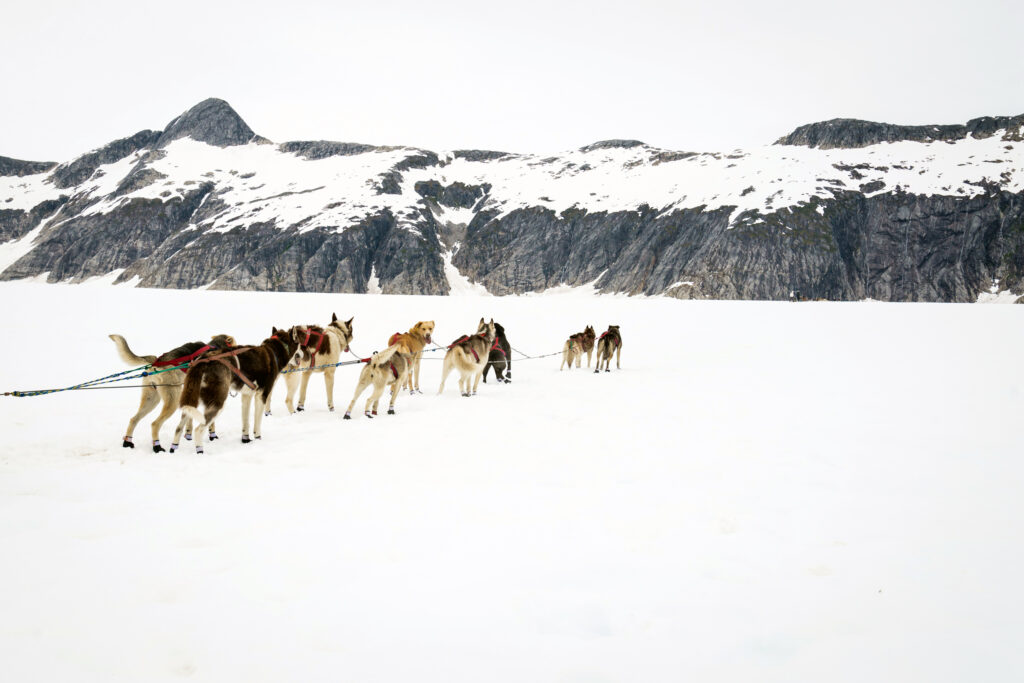 Are dogs naturally made to run this race?

The dog breeds that participate in the Iditarod are all Northern breeds. These breeds are remarkably tolerant of the cold and are working sled dogs that were bred for this purpose. Take Siberian Huskies as an example; they are bred to pull sleds whilst bearing the harsh, cold climate of the Siberian Arctic for centuries. As with other working dogs, these breeds of working sled dogs need a job and require physical activity to be happy. Sled pulling is simply a form of providing that.

Nothing in life is 100 percent safe – especially sports that require a lot of physical activity. However, every precaution and safety measure is taken to ensure the protection of the dogs involved in the race. The number of deaths and injuries in the Iditarod has declined significantly and has dropped since the early 2000s. The overwhelming majority of the deaths happened in the earlier years of the Iditarod. It is undoubtedly a challenging race, but one that takes place against a backdrop of care and attention on the part of everyone involved – from organizers to veterinarians, and even the mushers themselves.