Who Was The Father Of The Iditarod?

In this article, we will study Joe Redington’s life and how he led the creation of the Iditarod Trail Sled Dog Race.

Redington was born on February 17, 1917, in Kingfisher, Oklahoma. He grew up with his father because his mother left him shortly after his birth, and lived in Kingfisher until he was six years old.

He enlisted in the U.S. Army at the age of 23 in 1940 and joined the 6th Field Artillery Regiment at Fort Hoyle. He was later stationed at Fort Still in Oklahoma and became an infantryman. He fought in World War II and was discharged after the war ended. He subsequently moved to Pennsylvania.

The Birth of the Iditarod & the 1967 edition

Redington then moved to Alaska to live by the Flat Horn Lake. He filed a Homestead Act to claim land along the Iditarod Trail in Knik. It was about the same time when he learned about the history of dog mushing and married his wife, Violet Redington, on February 18, 1953.

The trail was very overgrown. Redington and his wife both helped clear the overgrown trail and made efforts to make it a National Historic Trail (efforts which would later be reward in 1978).

In 1966, Redington met Dorothy Page at the 1966 Willow Winter Carnival. Page wanted to sponsor a sled dog race in the honor of the 100th anniversary of the purchase of Alaska from Russia, but couldn’t get the support of experienced mushers. At the same time, Redington had started to take a keen interest in dog sledding, and agreed to help if a prize pool of $25,000 would be split among the winners. Redington and his wife sold one acre of their land in Flat Horn Lake to help raise the money. The land was divided into one square foot lots and sold with a special certificate of ownership. This raised $10,000 towards the money that would be split among the winners of the first Iditarod sled dog race.

At the time, it was the biggest prize pool of any sled dog race, and mushers from all over Alaska – and even two from Massachusetts – competed in the first Iditarod race. The 1967 Iditarod was won by Isaac Oklaeasik from Teller, Alaska. Although the first race was significantly shorter than today, stretching 27 miles in total, this is how the Iditarod’s foundations were established. The race didn’t happen next year due to lack of snow, but it was held in 1969. 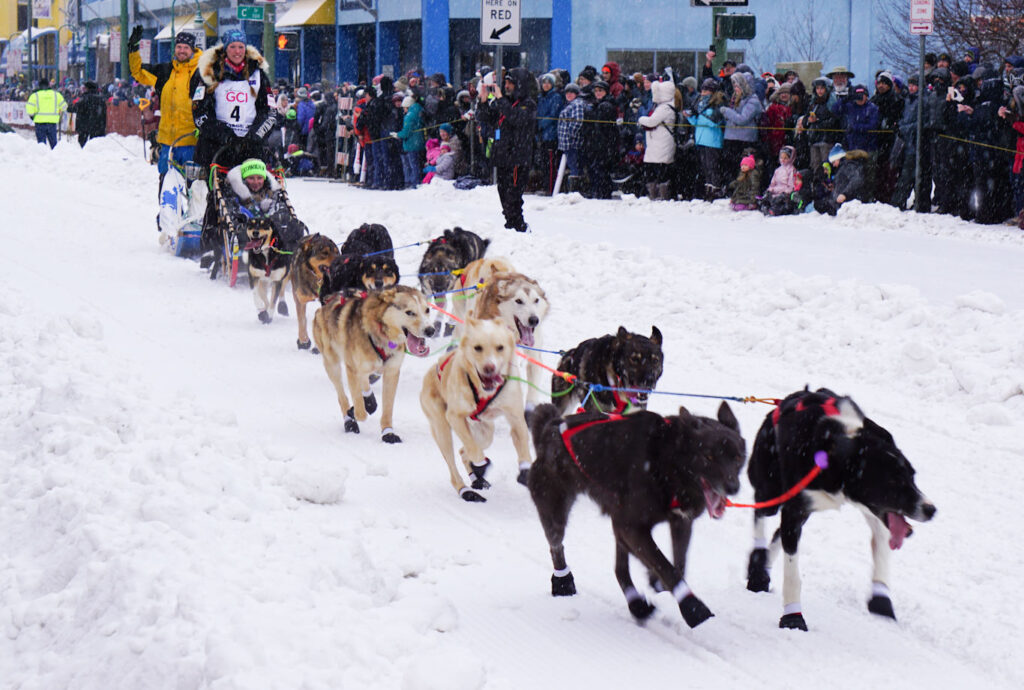 The 1973 edition and subsequent success

Joe Redington’s main goal was to expand the race and make it a bigger sports event. The starting point was initially thought of as Knik and the endpoint as Iditarod, but Nome was a more recognizable place, so the finish line was changed to Nome. This meant the race had a total distance of 1,000 miles. Redington promised a total prize pool of $50,000, but this brought a lot of skepticism. It was crazy for many to send mushers into the uninhabited Alaskan wilderness. Nevertheless, a total of $51,325 was raised for the race.

Despite the skepticism, the prize pool was overwhelmingly attractive and a total of 35 mushers took part in the 1973 edition of the race. The winner of the race, Dick Wilmarth from Red Devil, Alaska, received $12,000, and the race was a subsequent success.

The Iditarod was seen as a recreational sport, but due to the death of several dogs in the race, the money raised for the prize pool was set back to $31,000 in 1974. Even with the lowered prize pool, more mushers saw the Iditarod as an opportunity, and the number of mushers who competed was higher. A total of 44 mushers across Alaska and other states competed in the 1974 Iditarod. In 1975, stricter dog care requirements were implemented, and with the help of a corporate sponsor, the prize pool was raised back to $50,000.

The negative publicity continued after the 1975 race, but ever since the 1973 Iditarod, the race has been the biggest sporting event in Alaska and the most acknowledged sled dog race in the world. Redington’s efforts to expand the race finally paid off and the Iditarod was designated as one of the initial four National Historic Trails in 1978. The first official marker was put up outside of Redington’s house in 1980. He became known as the Father of the Iditarod for his efforts to organize and promote the race.

Did Joe Redington Sr. compete in the Iditarod?

Joe Redington Sr. himself competed in seventeen Iditarods between 1974 and 1997. Even though he has never won, he got fifth place in the 1988 Iditarod at the age of 72.

He was the honorary musher of the 1997 Iditarod at the age of 80. Redington died of cancer two years after the 1997 race on June 24, 1999. He was buried in his favorite dog sled basket in Wasilla, Alaska.

On February 1, 2003, a bronze statue of Joe Redington Sr. was revealed near the Iditarod Trail Committee Headquarters.

Redington’s legacy as the Father of the Iditarod lives on today, with winners of the annual race receiving the Joe Redington Trophy. Redington has also been inducted into the Alaska Sports Hall of Fame.